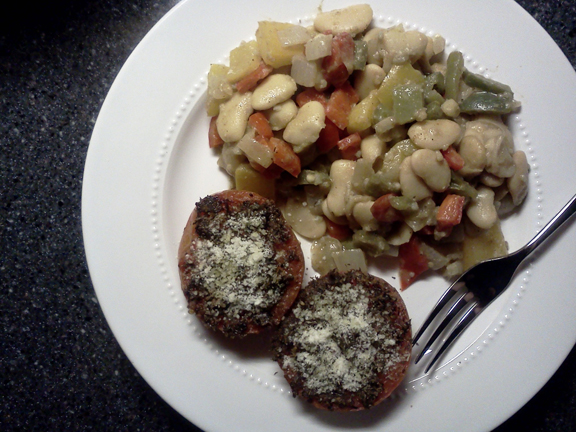 Lori awakens in Maggie's wrecked car to see Walkers trying to get at her through the broken windows. She uses a flashlight to dispatch one and manages to shoot the other.

Back at Hatland's bar, more men from another Survivor Group arrive in search of Dave and Tony. Rick, Glenn and Hershel are trapped inside and the situation quickly develops into a standoff. Rick is forced to attempt to negotiate with the men as they surround Hatland's. Hershel proves his value in a fight and wounds one of the men with a single shot. In the firefight, the normally stalwart Glenn suddenly panics and freezes.

As the men abandon their injured comrade; one jumps from the roof in an attempt to flee. His leg is impaled on a fence during the attempt and he is left for dead by his "friend." Rick yanks the young man's leg free as Walkers bear down on them and the four of them barely escape with their lives.

At the farm, Dale, Shane, Andrea and Carl sit down to dinner with the Greene family. Shane realizes that Lori is missing. Carol goes out to question Daryl on Lori's whereabouts and begs him not to pull away from the Group. She tells Shane that Lori has likely gone into town herself.

Shane leaves immediately to go find her and soon finds Lori walking away from the wreckage of the car. She initially refuses to return to the farm; wanting instead to find Rick. Shane lies and says that the others have already returned in order to convince her to come with him.

When they make it back to the farm, he inadvertently reveals her pregnancy and the Group is shocked.

With the Group separated and unable to take further action in the darkness, they would have sat down to dinner again. Butter Bean Salad and Pan Fried Tomatoes would be a frugal meal. The Group was already looking ahead to the fall and winter. Making the most of their pantry supplies would be critical.

And when the dead rise; don't let Lori drive your car. 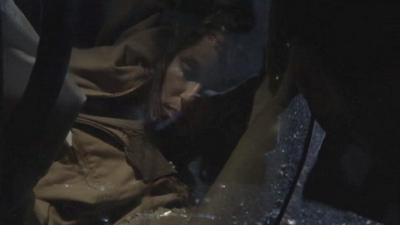 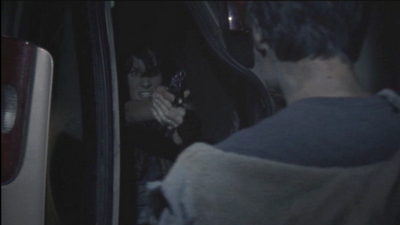 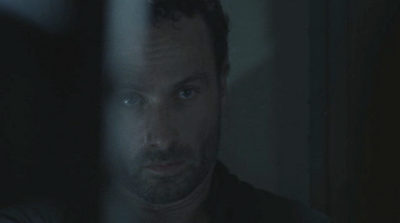 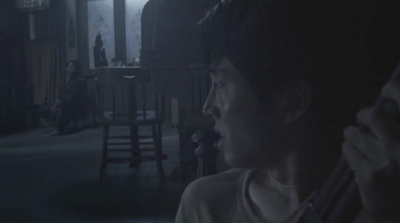 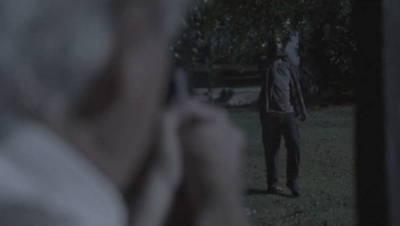 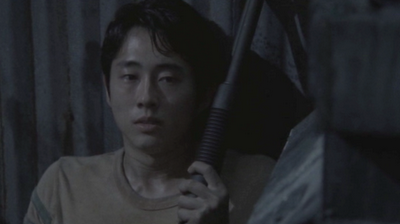 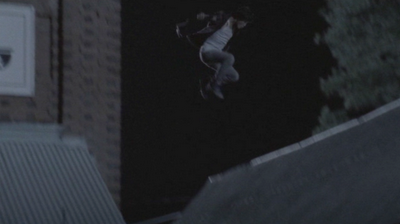 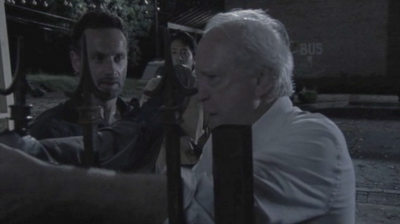 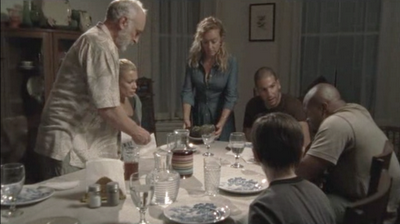 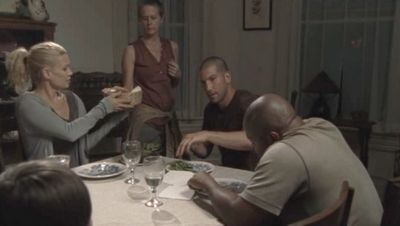 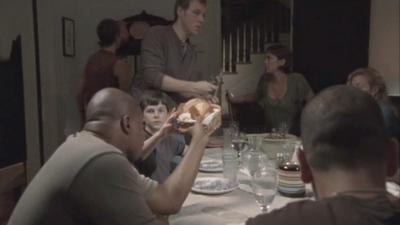 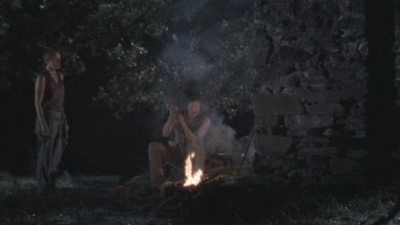 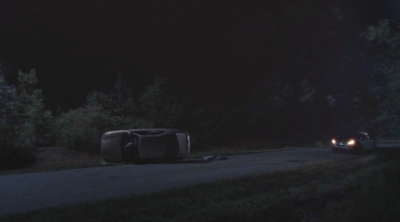 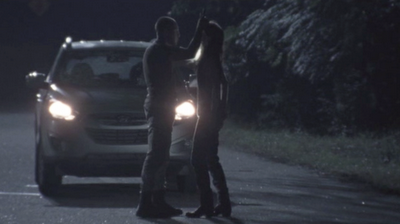 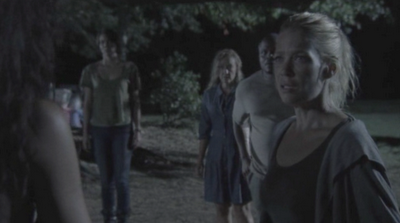 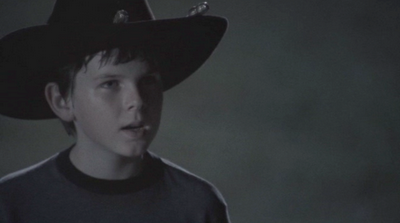 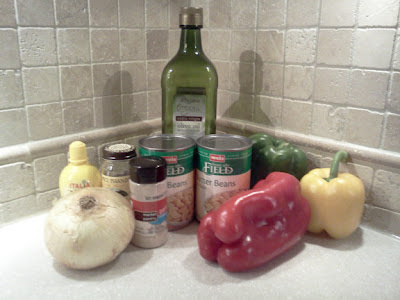 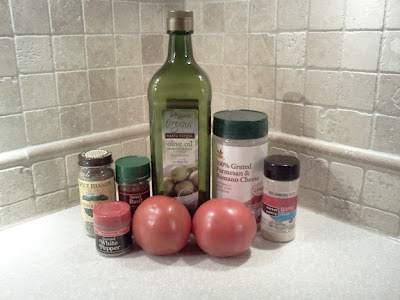 Mix together basil, rosemary, garlic, salt and pepper. Mix in 2 Tbsp. Olive oil to make a paste. Cut tomatoes in half. Spread paste on cut sides of each tomato half. Heat remaining olive oil in a Dutch oven over low heat or low-heat embers from campfire. Place tomatoes herb-side down and cook on medium-low heat for 6 minutes. Tomatoes should not be allowed to cook until they collapse. They should just be slightly soft.

Remove from heat and sprinkle with cheese. Serve with Butter Bean Salad.
Posted by Rogue at 8:26 AM