Update from the Field: Charleston Crab Soup with Parmesan Crisps 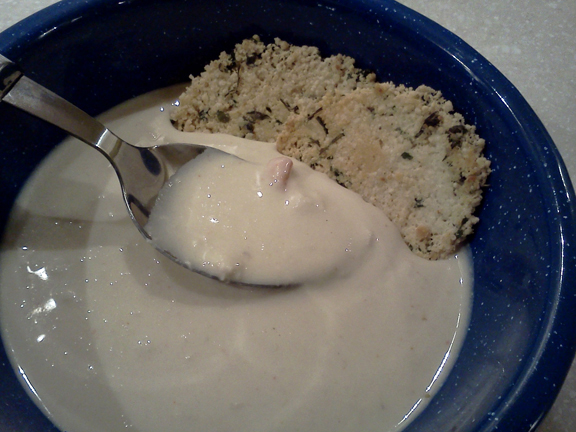 Reports of survivors from Maine to Florida continue to surface. Ham radio operators tell of both large and small survivor Groups deep in hiding; unwilling to reveal their locations for fear of attack from other survivors. From all accounts, New York, Philadelphia, Washington, D.C., Charlotte and Jacksonville have been completely overrun. No military presence has been reported in any of these cities and rumors have been traded of the formation of small militia units.

All survivors should be aware that any locally formed militia units are not acting on the authority of the Federal government or the President of the United States. One small group of survivors has reached out to reveal their location to the WDSCB. We now have confirmation that a group in Charleston, South Carolina is alive and well.

This week, we present Charleston Crab Soup in recognition of the Survivors of Charleston. This traditional soup is a regional specialty of South Carolina. It features crabmeat in a rich cream base and is seasoned with Sherry and Cayenne Pepper.

This recipe was adapted from The Joy of Cooking and works very well with pantry ingredients. Canned crabmeat is elevated to new heights when paired with the smooth and creamy texture of simple evaporated milk. This soup will surprise, especially when served with Parmesan Crisps. Share this special meal with those you love. 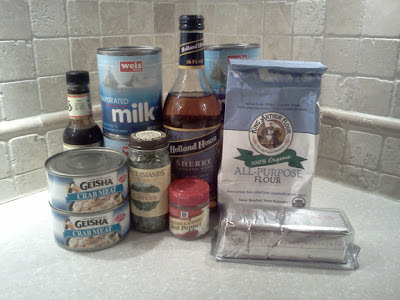 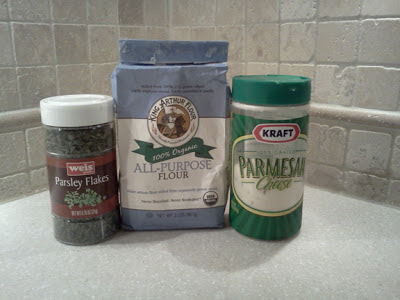 In a large Dutch oven or heavy duty soup pot, melt the shortening over medium heat or medium-hot coals. Whisk in the flour and cook, stirring constantly. Cook until the flour smells toasted but do not allow to brown (2-3 minutes).

Whisk in the evaporated milk, Worcestershire Sauce and Cayenne Pepper. Allow mixture to come to a boil and simmer for about 5 minutes.

Stir in drained crabmeat, Sherry and salt. Stir soup to heat the crabmeat gently. Taste and add sea salt to taste. You may also wish to add more cayenne pepper if you'd like your soup to be more spicy. Serve with Parmesan Crisps and add dried chives for garnish if you wish.

In a small bowl, mix cheese, flour and parsley.

Heat a heavy duty nonstick skillet over medium heat or medium-hot coals. Spoon the mixture by 1 tablespoon rounds (each round about 2 inches in diameter) into the hot skillet.

Allow to cook over medium heat or medium-hot coals for 3 minutes; or until the cheese fuses together to form a solid round, crisp "cracker". Flip (very carefully) in the skillet and allow to cook for another 2 minutes or until lightly browned. Remove from skillet with a small spatula and allow to cool a few minutes before serving with soup.
Posted by Rogue at 1:58 AM