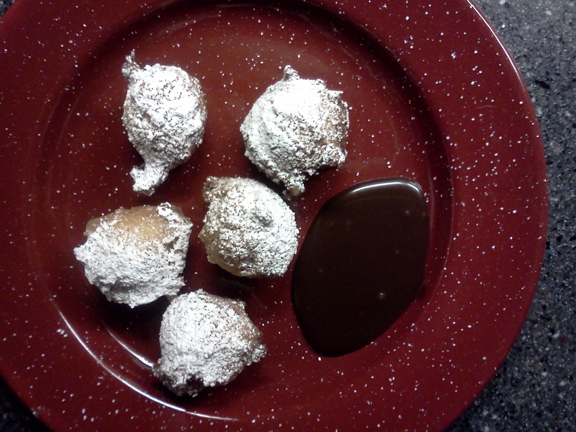 Carol and Carl keep watch and wait eagerly for the return of their Group from Woodbury. They are filled with relief to see the Hyundai finally pull up to the gates. Carol notices Daryl's absence immediately as Rick exits the car.

Rick explains that in addition to finding Maggie and Glenn, they also ran into Merle Dixon. And that Daryl left with his older brother.  Carol is crushed by the revelation. Along with the loss of Daryl, they learn that Oscar was killed in the raid.

Rick offers what comfort he can as the three of them return to the prison. After Rick gets a moment alone with Hershel, he tells the older man even more disturbing news.

Merle and Daryl were being held in an "arena" and were being pitted against each other. A crowd was present and cheering for a fight to the death. And the self-proclaimed "Governor" was presiding over the spectacle.

Hershel tells Rick that this "Governor" is a product of their new world. Hershel would no doubt urge Rick to come inside and eat something. Axel had plenty of leftovers from lunch and had also made a sweet dessert to go with their Sambal Noodle lunch.

Beignets with Chocolate Rum Sauce are a unique and memorable dessert or snack that can be easily made from 8 ingredients. Made famous in New Orleans, Louisiana; these beignets will become a favorite no matter where your group is from.

And when the dead rise; if you get a shot at the Governor…take it. 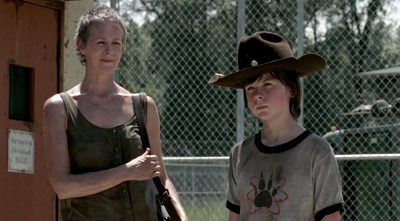 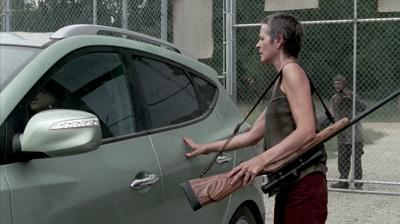 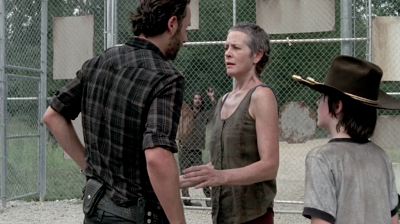 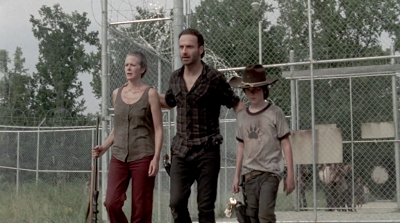 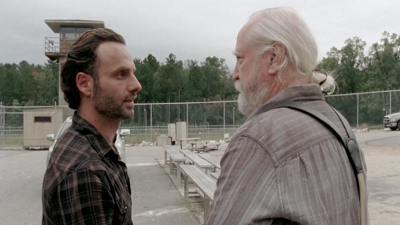 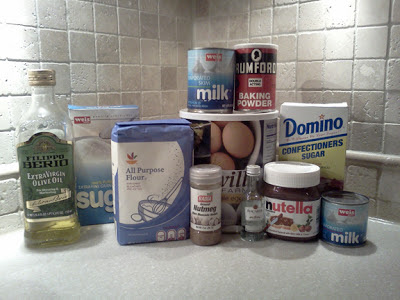 
Pour about 2 inches of oil into a heavy saucepan or large Dutch oven. Heat over medium heat (or medium coals) until oil reaches about 360°F.

In a large mixing bowl, combine flour, sugar, baking powder, and nutmeg. Stir well until combined. Stir in the reconstituted eggs, olive oil and evaporated milk and blend until the mixture resembles biscuit dough and clings together.

Lightly sprinkle flour on a flat (and clean) surface. Turn out the beignet dough onto flour and sprinkle with additional flour. Lightly knead the dough three or four times. Using a spoon, scoop out dough portions about 1/2 inch in diameter.

Drop two or three beignets into hot oil. Fry two minutes on the first side and turn dough over (carefully) using metal tongs or a slotted metal spoon. Cook for an additional two minutes. Using the slotted spoon, remove the beignets to a dry towel or strainer to drain the excess oil. Fry the rest of the beignets the same way. Only cook a few at a time to avoid cooling the oil.

Sprinkle with powdered sugar and serve with Chocolate Rum Sauce for dipping.


Combine all ingredients in a medium saucepan. Heat over medium heat (or alternately, over medium coals). Stir gently until combined and smooth. Don't allow to boil; just heat gently.

Serve in a small bowl with warm beignets.