In Recognition of Shane Walsh: Brunswick Stew and Cornbread 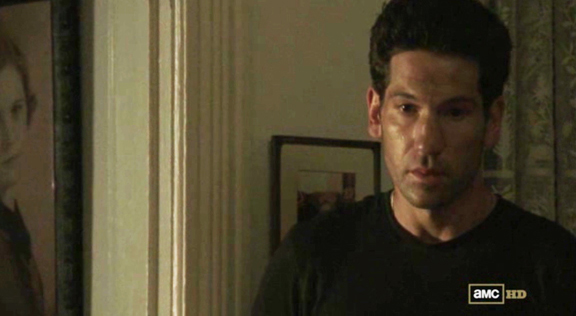 Shane Walsh made every attempt to rescue his partner, Rick Grimes, from the hospital during the fall of Atlanta. When invading U.S. Army troops began executing civilians, Shane panicked and fled with his own life.
He saved the life of Lori and Carl Grimes and established the camp for the Atlanta Survivor Group. With Rick's near-miraculous return, Shane was relegated to second-in-command. His pragmatic (and at times cold blooded) worldview is frequently at odd with Rick's emotion based decisions.
Shane is determined to survive (and protect Lori and Carl) at all costs. He is unconcerned with collateral damage and has proven his willingness to do whatever it takes to stay alive.
It is with this enduring spirit that the WDSCB presents Brunswick Stew. A traditional dish from Brunswick, Georgia, this stew has been prepared in the Empire State of the South since 1898.
Much like Shane Walsh, traditional Brunswick Stew has survived; unyielding, uncompromised and unchanged. 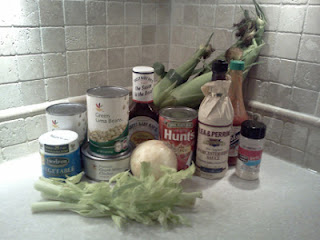 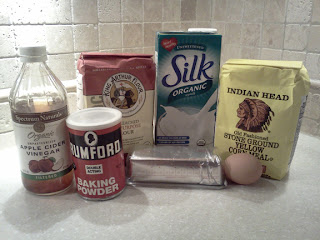 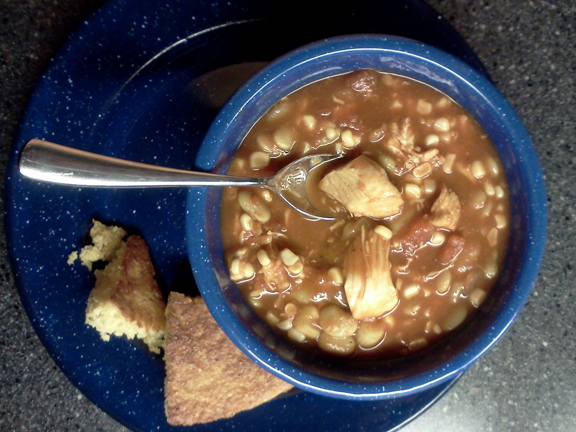 
In a large Dutch oven, heat  a little olive oil or vegetable oil over medium heat (or medium coals). Add onion and celery and saute lightly until soft (about 4 minutes). Stir in all remaining ingredients except corn. Cook over medium heat, stirring often for about 15 minutes to allow flavors to blend.


Stir in corn kernels and cook an additional 5 minutes to lightly cook corn. Do not allow corn kernels to become mushy.

Preheat oven to 500°. Or have medium to hot coals ready on your campfire. Grease a cast iron skillet with 2 Tbsp melted butter flavored shortening.

In a small bowl, combine the vinegar and soy or almond milk. Let sit a few minutes to allow the vinegar to thicken the milk. Blend in egg.

In another bowl, mix cornmeal, flour, baking powder and salt. Stir in wet ingredients and mix only until moistened.

Pour batter into greased skillet. Bake in preheated oven for 12 minutes or until top of cornbread springs back when lightly touched and the color is golden brown. Alternately, place skillet over campfire and cover tightly with foil or a tight fitting lid. Allow to bake over coals. Cornbread will not rise as much as and will likely be finished in 8 minutes or so since the heat is more direct. Check often.

Invert onto a plate and slice into wedges. Serve hot with Brunswick Stew.