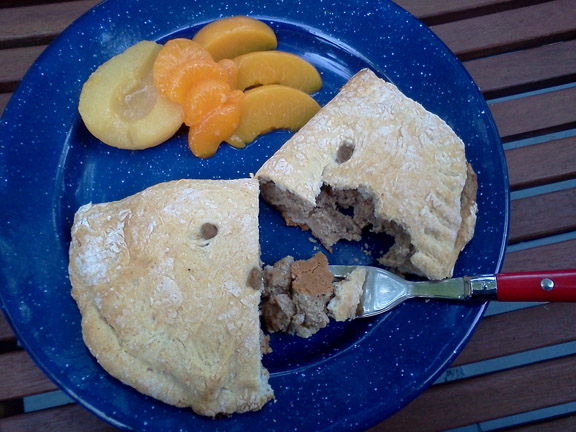 Rick enlists Merle's help but is taken aback when Merle criticizes his cold-heartedness. While Merle makes preparations to deliver Michonne to Woodbury, he tells Daryl that he is prepared to be the Group's bad guy and do their dirty work.

Realizing at last what he is about to do, Rick stops the entire scheme. Unfortunately, Merle has already kidnapped Michonne and set the plan into motion. Daryl goes after Merle while Rick confesses to everyone exactly what the Governor had proposed to keep the peace.

Approaching the Group, Rick insists that how they live and die is no longer up to him…but to them. He will never be a governor; and the choice to stay and fight or live on the open road will be one they make together.

Chaos has descended upon them once again. Merle and Michonne are on their way to Woodbury and Daryl is missing. The most terrible part of the entire ordeal is that none of them can do anything at all. They can only wait.

Eating with this much turmoil going on would be out of the question, so it was a good thing that Hershel and Beth got up early and made a large breakfast for everyone.

Vegetarian Sausage Turnovers with Dreamsicle Fruit Compote make a hearty, yet light-tasting breakfast. Turnovers, with a creamy and spicy TVP "sausage" filling are the hearty counterpoint for the light fruit compote.

Canned fruit is given a special kick with a vanilla- infused citrus sauce based on Tang Breakfast Drink. Inspired by Dreamsicles, this fruit salad will please your group and the high-protein content of the creamy turnovers will keep them satisfied.

And when the dead rise; don't bother looking for whiskey in the mattress. 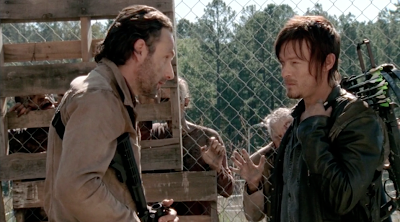 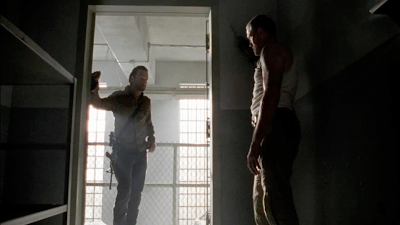 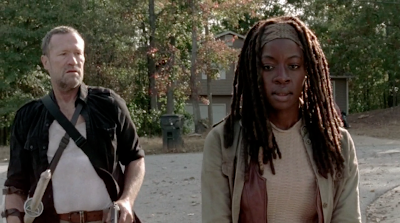 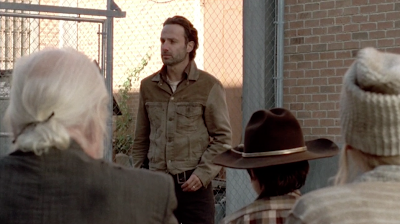 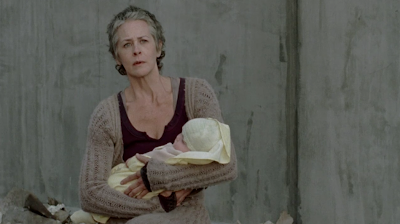 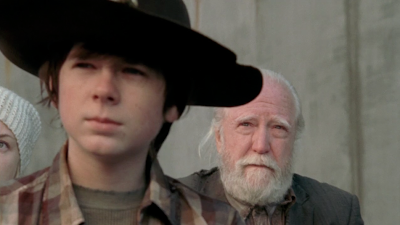 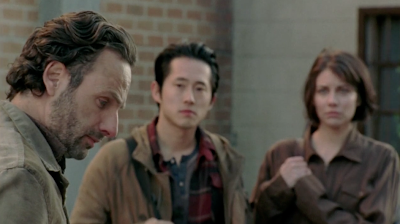 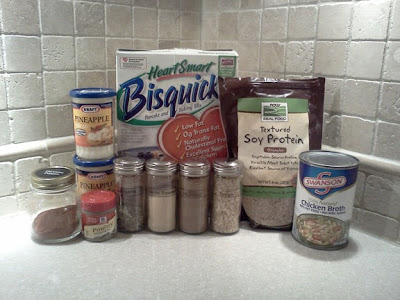 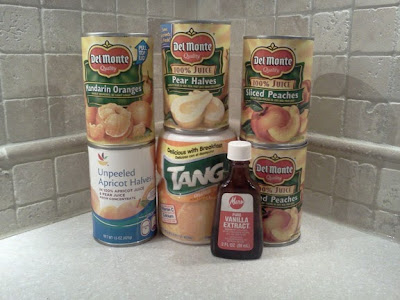 Preheat oven to 375°F. Alternately, heat campfire coals to red hot and allow to burn and cover over with white ash.

For the Filling: In a heavy saucepan or Dutch oven, combine the TVP, stock and all the seasonings. Heat the mixture over medium heat or medium-hot campfire coals. Allow to cook for 15-20 minutes or until the TVP is softened and the stock is absorbed. Remove from heat and allow to cool to room temperature. Stir in both jars of cream cheese spread and let the mixture rest while you prepare dough.


For the Crust: In a large bowl, combine the baking mix and water. Blend well with a spoon until the mixture forms a ball of dough. Sprinkle additional baking mix onto a flat, clean surface. Knead dough mixture 10 times or until dough is smooth.

Divide dough in half and then divide each half in half again. You should have four equal pieces. Roll or pat out each portion into a 6 by 4 inch oval.

Carefully spoon one fourth of the sausage mixture down the center of the dough oval.

Fold the shorter sides of the dough oval in half, completely covering the filling. Press the edges of the crust together with fingers and then and press together to seal with a fork. Using a spatula, transfer each turnover to a baking sheet or cast iron skillet. With a sharp knife, cut several slits in the top of each turnover to allow steam to escape as it bakes.

Place baking pan or cast-iron skillet into preheated oven and bake for 15 minutes or until golden brown. Alternately, place turnovers in a cast-iron skillet cover tightly with aluminum foil or a baking sheet placed on top of skillet. Place over campfire coals. Allow to "bake" for 10 minutes and check. Turnovers should be golden brown and sound almost hollow when tapped. If needed, reseal with foil and continue to bake for another 5 minutes.