30 Days Without An Accident: Corn Fritters with Cherry Jam 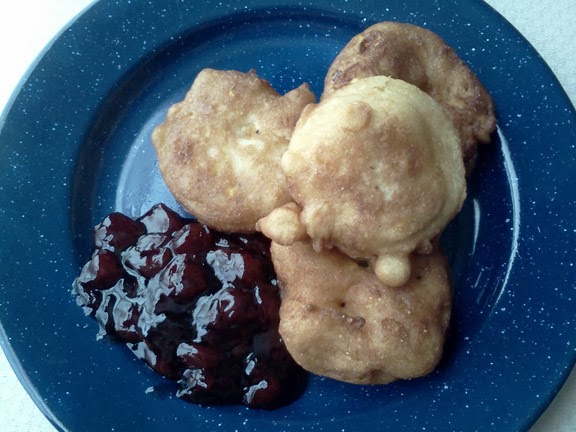 Six months have passed since the Governor's attack. The Prison Group has thrived despite the constant threat from Walkers. Hershel Greene has instructed Rick Grimes in the art of working the land around the prison. Their hard work has off and soon, crops of tomatoes, corn, squash and cucumbers are ready to harvest. They even have a farrow of piglets as an additional food source.

To his horror, Daryl Dixon has become a minor celebrity among the grateful newcomers, including a doctor and families. He is greeted each morning like a star. A young man named Patrick in particular makes a special effort to show his gratitude.

Carol has taken on the huge task of instructing the children in self-defense. Remembering how unprepared her daughter Sophia was to survive; she makes sure even the most reluctant children attend and pay attention.

Glenn and Maggie struggle to have a "normal" relationship in the midst of all the sorrow. Tyreese and Sasha have proven their value, both as dedicated fighters and moral leaders. Tyreese has even won the heart of Karen, the lone survivor of the Woodbury Army Massacre. And Michonne continues to leave the prison at regular intervals in her quest to find and punish the Governor as well as find supplies for the Group.

Rick has chosen  to stop carrying a weapon and has asked that Carl do the same. His biggest fear is that Carl will become violent and never recover. One additional task that Rick does take on is leaving the prison to check the snares. He runs across a woman driven insane by the traumas she has endured. Watching in shock, Rick can do nothing as she takes her own life. He returns to the prison, even more determined than ever to protect his son from madness.

The Prison Group had a huge breakfast that morning. Carol and Patrick got an early start to make the meal together so the group would have fuel for their day.

Corn Fritters, a Southern specialty would be fast to prepare and perfect to feed a large group. Although the corn crops would not be ready to harvest for a few more weeks, canned corn would work just fine. Served with cherry jam (or whatever flavor you find), corn fritters would also be a fin accompanyment with Daryl's leftover venison or whatever meat your group can scavenge.

And when the dead rise; don't hand out perfectly good sandwiches to total strangers without asking The Three Questions first! 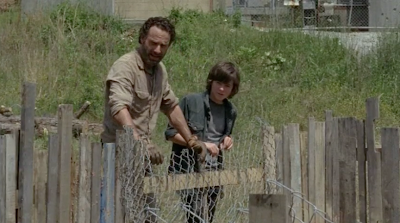 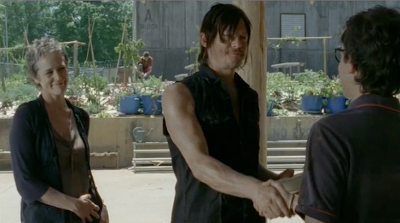 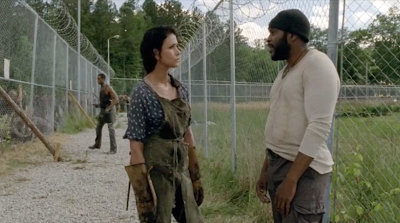 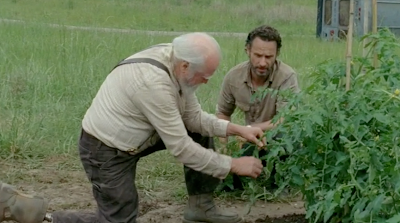 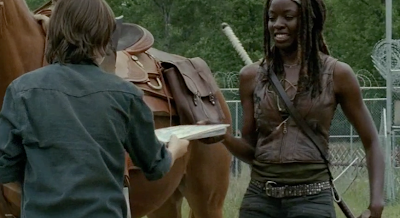 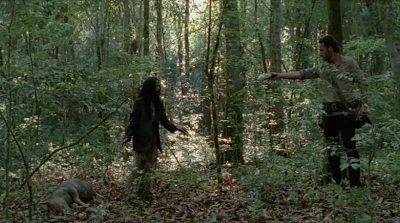 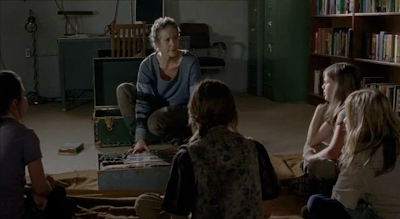 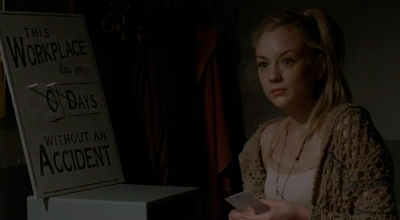 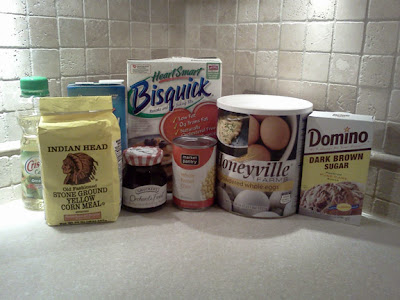 In a large bowl, combine buttermilk baking mix and the next 5 ingredients and stir until just combined. Do not over mix.

Drop the batter by a 1/4 cup measure into the hot fat. Fry for 1 to 2 minutes. Using a fork or metal tongs, flip fritter over and fry for an additional 1 minute. Remove from the oil using a slotted spoon and place on a towel to drain. Serve warm with melted cherry jam or any flavor you wish. Corn fritters may also be served with powdered sugar or maple syrup.