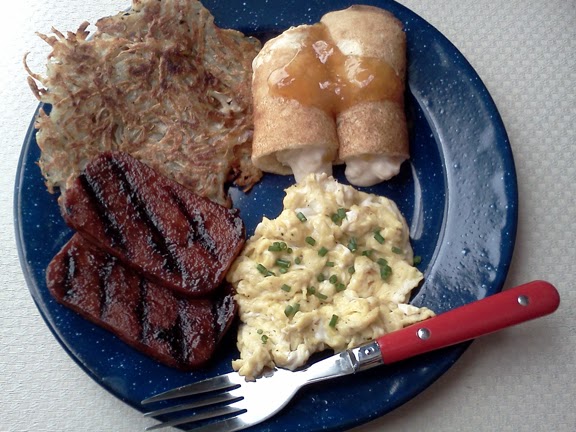 The next morning brings fresh hope along with the sunrise. The sound of Daryl's motorcycle and Rick's truck is music to the Group's ears.

Maggie and Glenn race to the gates to let them enter. The entire Group emerges from the prison and are surprised to see a bus at the rear of the caravan. Rick climbs out of his truck and confirms that the wrapped body in the bed of his truck belongs to Andrea; who died at the hands of the Governor himself. Michonne sits, understandably heartbroken in the cab.

Carol, Hershel, Beth, Maggie and Glenn all watch together as Tyreese and Sasha exit the bus. The two turn and begin assisting even more people as they disembark the bus. It is the entire group of Woodbury.

The Governor would have been quite content to leave them all to die in the small unprotected town. But as Rick has finally realized…he is not the Governor. He is still the Sheriff's Deputy who has sworn to protect and serve. The end of civilization has done nothing to change that.

As Tyreese and Sasha, flanked by the elderly and the very young (and their mothers) enter the prison, they are warmly welcomed by Hershel and Beth. No doubt the sight of dozens of  more mouths to feed would cause at least a moment of panic within the Group. But Michonne and Daryl planned ahead.

Along with all of Woodbury's people, the two practical-minded survivors would have cleaned out the town of all foodstuffs. They would have carefully directed the exodus to include all the provisions and supplies.

While their victory has come at a high price, it is still a victory. They are all together and there is great strength in numbers. The newcomers may not be battle-hardened soldiers but they can still assist in the fortification and upkeep of their prison home. Everyone has something to offer.

The safe return of Rick, Daryl and Michonne and the joining of their two Groups would require a celebratory meal.

Inspired by Denny's famous Grand Slam® breakfast, the Woodbury Slam highlights some of the state of Georgia's favorites.

And when the dead rise; Fear No One. And Protect the Living. 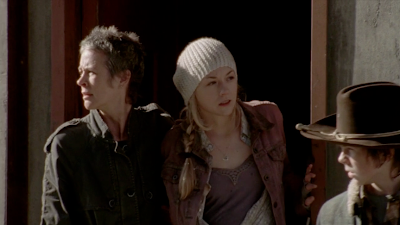 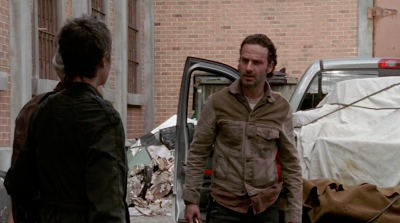 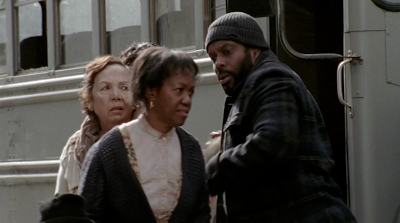 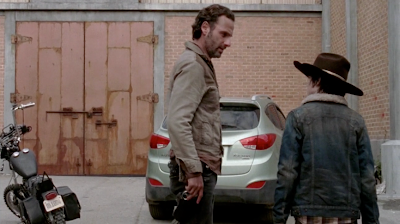 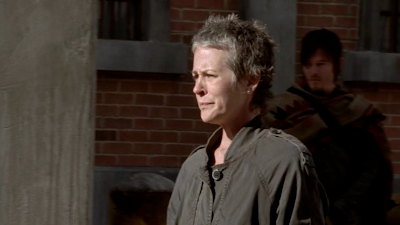 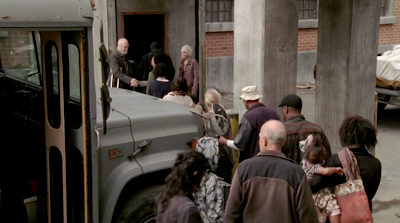 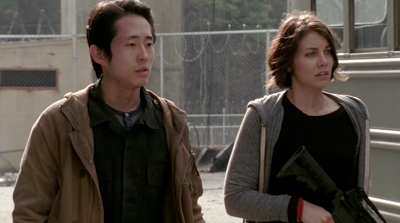 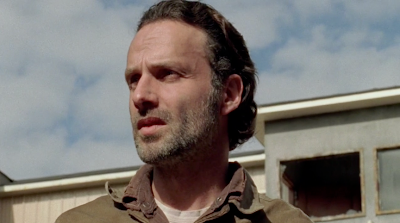 In a large bowl, combine all pancake ingredients. Stir batter well with a wooden spoon until blended. If there are some lumps, that is fine; it does not have to be perfectly smooth.

The batter is thin and will run, so tilt pan evenly around until a circle shape forms from the batter in the center of the pan. Cook for about 2 minutes on the first side. Using a rubber spatula (metal will work but rubber is better), flip pancake over very carefully. The batter will create a very thin pancake so this may require a bit of practice on the first few. Cook another minute on the second side and then remove from pan. Repeat procedure with the remaining batter.

To assemble rolled pancakes, spread 2 Tablespoons of the Peaches and Cream Filling onto each pancake (do not spread closer than 1/2 inch to the edge of the pancake). Roll up carefully and place seam side down on plate. Top with optional melted peach preserves if desired. Serve with SPAM Barbecue, Hash Browns with Rosemary Salt, and Eggs.
_____________________________________

Drain peaches well and mince into small cubes with a sharp knife. Combine with the Pineapple Spread in a medium sized bowl and stir well until blended.

Place SPAM slices in a flat dish (like a pie pan) and pour over barbecue sauce. Allow to marinate for 10 minutes. Grill over medium-hot coals for 2-3 minutes on each side or until hot and grill marks appear.

In a small bowl, combine rosemary and salt. Use the back of a small spoon to grind the mixture together to release the oils from the rosemary into the salt. Set aside.

In a medium bowl, mix grated potatoes with salt and rosemary mixture to taste. Pat mixture into small, flat patties (about 4 inches in diameter) and set aside.

In a large skillet, heat olive oil, over medium heat or medium coals. Cook grated potato patties in hot fat for 4 minutes on each side (or until golden brown and crisped). When all of the potato mixture is cooked, set aside (wrapped well to keep warm).

For the Scrambled Eggs:
Powdered Eggs reconstituted with water according to package directions
Chives

In the same skillet used for the hash browns, (over medium heat or coals), melt a tablespoon of shortening. Pour in powdered/reconstituted eggs, along with 1 Tablespoon of Chives, and scramble lightly using a wooden spoon or spatula. Scramble eggs until softly set. Remove from heat onto a warmed plate and cover to keep warm.