Update from the Field: Penne Carbonara 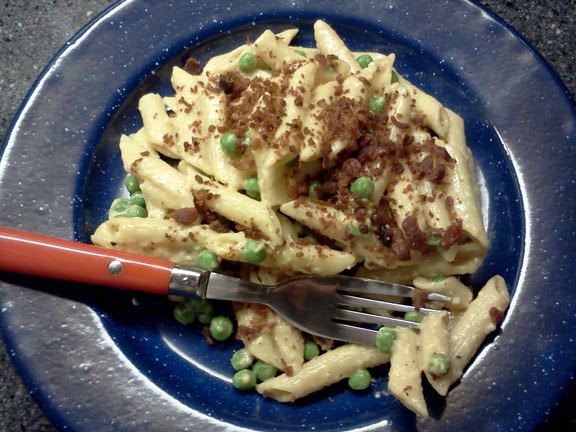 Reports of a military-scale assault of a local prison in Coweta County are surfacing from all parts of the region. According to eye witnesses, the prison had been commandeered and retrofitted into a refugee camp.

A tank and six other vehicles staged a raid on the prison, resulting in a catastrophic loss of life. Those who saw the site in the days following the attack were unable to find survivors. They determined that the main prison block sustained far too much structural damage to be useful as a camp in the future.

It was a heartbreaking and tragic loss of both life and useful resources that could have been used to house several hundred displaced persons. As more information becomes available, we will provide further updates.

For survivors still on the open road, struggling to feed those in their temporary camps, we offer Penne Cabonara.

Only five ingredients comprise this rich and elegant dish. Your group will want to believe that they're at tiny, stylish bistro instead of facing down Walker Hordes.

Sometimes when the world looks bleak, a good dinner will raise even the lowest spirits. 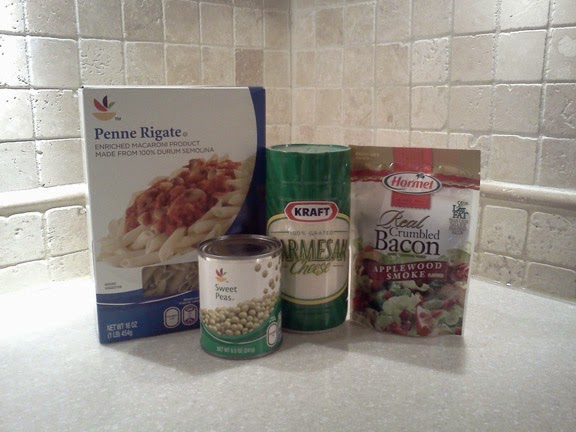 Over red-hot coals, boil 2 quarts of water in a large, heavy Dutch oven. Cook pasta according to package directions and drain well.

While pasta cooks, reconstitute eggs with water  according to package directions. Add an additional 5 Tablespoons of water and mix well. Stir in parmesan cheese and bacon.

Working very fast, after you drain the pasta, return it to the Dutch oven and stir in the egg/bacon/cheese mixture. Stir very fast and very well, using the remaining heat from the pan to "cook" the egg mixture and turn it into a light sauce. If you need additional heat to cook the mixture, you may return the Dutch oven to the campfire but only briefly as it may curdle the eggs.

Stir in the drained peas and add Sea Salt and Pepper to taste. Serve immediately.