Update from the Field: Treacle Cake 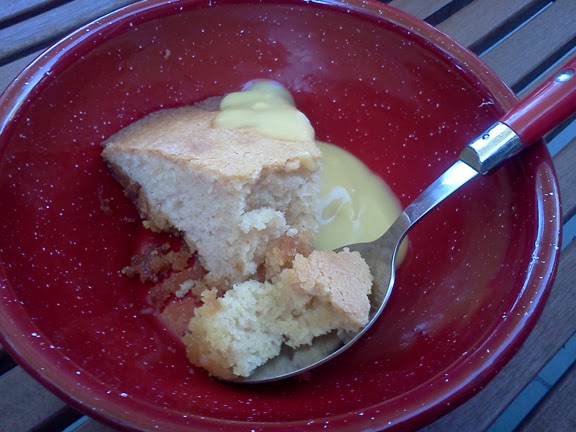 The destruction of a small camp of survivors in Coweta county has been reported and is adding to the mounting concerns of other survivors in the area.

A group of approximately ten adults had created a small outpost in a wooded-region of the northern part of the county. A different band of survivors heading north (towards a rumored government-run "sanctuary") came upon the scene of destruction. Every member of the camp had been slaughtered; their supplies had been raided and the makeshift shelters and tents had been demolished.

Initial speculation held that Walkers had overrun the camp. But upon further investigation it became apparent that the attack was made with surgical precision.

We urge all survivors in the area to exercise extreme caution when approaching strange encampments. As always, we will provide further updates as news becomes available.

At this time, the WDSCB would like to present "Treacle Cake." This recipe adapted from the BBC is based on the classic British "pudding" and is both incredibly versatile and delicious. It can be prepared over a campfire, in a traditional oven or a microwave oven. Serve with custard sauce and remind your group that it's a big world out there; and survivors are just waiting to be found. 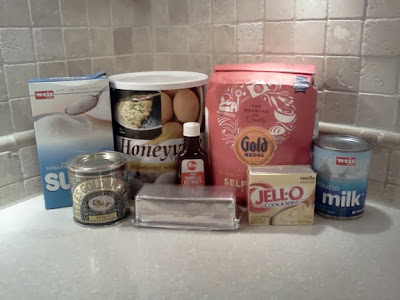 Using clean hands, grease a round cake pan or other oven/microwave safe bowl with shortening. Carefully pour Golden Syrup into the prepared pan.

In a clean, medium sized bowl, combine shortening, milk, vanilla, sugar, reconstituted eggs and flour. Beat with a wooden spoon until mixture is smooth. Pour batter over the Golden Syrup in the prepared pan.

Microwave: Cook on 100% power for 6 minutes. Remove and insert a wooden skewer into middle of cake. If no batter sticks to the skewer, the cake is done. You may need to cook for an additional 2 minutes.

Campfire: Preheat campfire coals until red-hot and allow to cover with white ash. After batter has been poured into prepared pan, cover tightly with foil and place over campfire coals. Allow to "bake" for 25 minutes. Remove from heat and check for doneness. The texture will be more gooey if cooked over an open campfire but will still be delicious.

Oven: Preheat oven to 350°F. After batter has been poured into prepared pan, place into preheated oven and bake for 12-16 minutes.  Remove and insert a wooden skewer into middle of cake. If no batter sticks to the skewer, the cake is done. You may need to bake for an additional 2 minutes.

Combine pudding mix and remaining milk in a small bowl. Stir well until combined and allow to sit at room temperature for 15 minutes or until thickened. Serve with warm Treacle Cake.