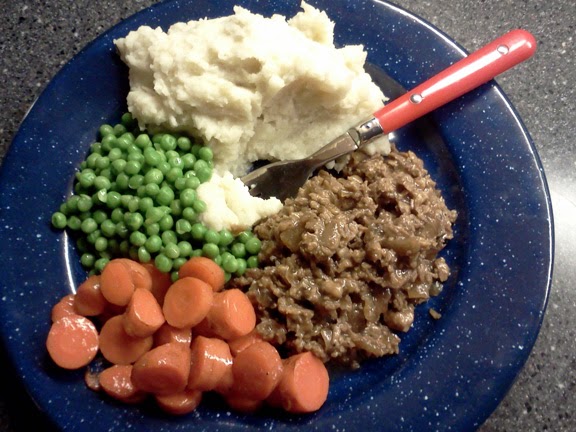 Reports of the existence of survivors (and surviving cities and towns) all over the world have finally begun to reach the United States. Although losses have been devastating throughout Europe; from all unconfirmed accounts, large remnants of survivors in ancient communities have weathered the worst of the outbreaks and are beginning to rebuild.

We have received word from survivor Mark Stalker, that the village of Newmachar in the north-east of Scotland, within Aberdeenshire local authority, has not only survived the outbreak; but managed to create a stronghold that is welcoming to strangers.

The Kingdom of Scotland became united in the 9th century; bringing an end to the long-held hostilities that had plagued them. The modern-day Scots; descendants of those having done battle with marauding Vikings and Anglo-Norman barons, were not to be crushed by any mere Zombie Outbreak. They regained control quickly and have been able to maintain a safe haven despite the continuing threat to the human race.

In honor of the fascinating history of the Scottish people (and the industrious village of Newmachar), we present Mince and Tatties. Mince and Tatties is a favorite dish in Scotland. Traditionally prepared with minced steak, you may substitute venison. If you don't have a hunter in your group, we've used TVP with excellent results. Likewise, fresh potatoes will be superior over canned; but you certainly won't be disappointed in the canned version either.

While simple to prepare, this dish is anything but plain. The comforting flavors and hearty texture will remind you that wherever you are; you have friends in Scotland and indeed, all over the world.

Make the effort to prepare this Scottish national favorite. Eat it with those you love and raise a glass to the future; to 2014 and remember that the best is yet to come. 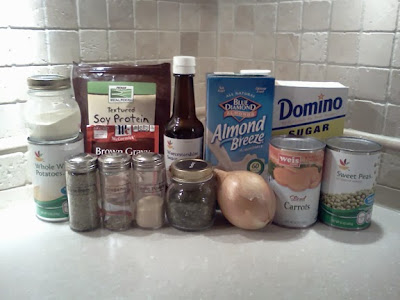 
Combine the water and chopped onion (or minced dried onion) in heavy saucepan over high heat or very hot campfire coals. Bring to a boil and stir in the TVP all at once and mix well.

Warm gently until TVP swells and softens, stirring frequently to avoid scorching. Allow to cook for 5 to 10 minutes until the TVP is the consistency of ground beef. The mixture will be very wet. Stir in the garlic, all of the spices, Brown Gravy mix and Worcestershire sauce. Stir well and continue to simmer until the mixture thickens. Taste for seasonings and add sea salt and pepper if desired.

In a small, heavy saucepan, combine potatoes, butter flavored sprinkles and soy, almond or dairy milk. Warm gently over medium heat or medium-hot coals and mash with a potato masher. Add more milk as needed until all lumps are gone and tatties are the desired texture. Taste for seasonings and add sea salt and pepper if desired.

In a small, heavy saucepan, combine peas, butter flavored sprinkles and oil. Warm gently over medium heat or medium-hot coals and stir until butter-flavored sprinkles are dissolved. Taste for seasonings and add sea salt if desired.