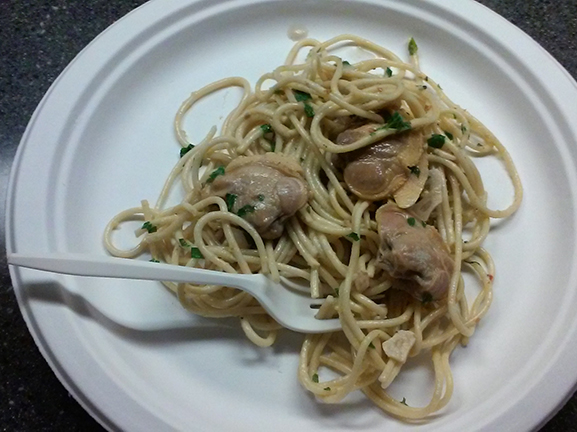 The Group's joy is short-lived. They are horrified to discover that the cannibals of Terminus have tracked them to St. Sarah's Episcopal Church, and violently kidnapped and mutilated Bob Stookey before returning him to the Church's doorsteps. They also realize that both Daryl and Carol have gone missing. While they are attempting to treat Bob's pain with morphine, he reveals that he was bitten at the Food Bank.

The Terminus cannibals are led by a young man named Gareth. He soon taunts and threatens Rick's Group from the woods surrounding the church. Rick knows that the cannibals cannot be allowed to live. He takes Sasha, Michonne, and a small group with him to hunt down Gareth and the Terminus survivors.

Tyreese is left behind with Eugene, Rosita, Gabriel and Carl to protect Judith and the mortally injured Bob. Impossibly, Daryl and Carol are still missing and the group worries that they're being pursued as well.

Moments after Tyreese and Carl close the church doors, Gareth and his group emerge from the woods. Tyreese leads the Group into Gabriel's private chambers and urges them to remain silent. As Gabriel torments them, Judith begins crying and reveals their location.

The danger has passed, but for now they must care for Bob during his final moments. Each of the Group says their goodbyes to him. Bob says a private farewell to Rick and Judith; and Sasha sits with him until his death the next day.

Despite the terrible events they have seen, they had to eat before they left for Washington. Only of the few members of the Group still thinking clearly was Eugene. Although severely lacking in social (or survival) skills, Eugene would make the effort to make a meal for the grieving Sasha as well as the Group.

Spaghetti alle Vongole is a rich garlic and clam sauce served over pasta and is comforting as well as delicious. All the ingredients are pantry-based and would have been among those brought back from the Family Services Food Bank.

Make it for your group and watch their faces light up when they take the first bite.

And when the dead rise; remember that nightmares end…they don't end who you are. 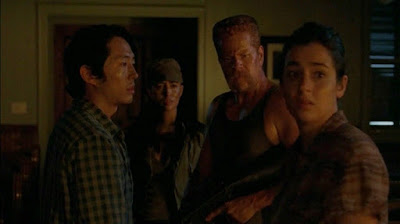 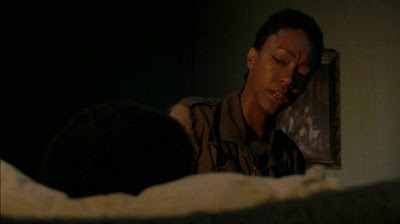 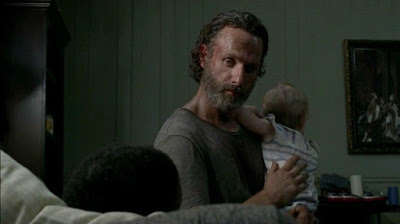 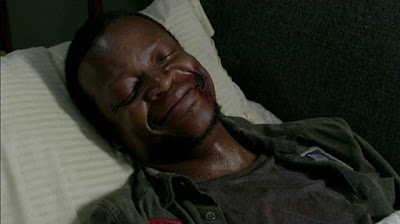 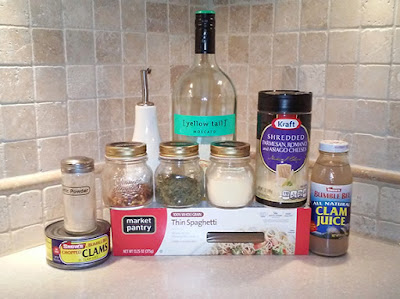 In a large saucepan, bring at least 8 cups of water to a boil. You may prepare the pasta and the sauce over a traditional stove or a campfire. Follow directions on box of pasta for preparation times and be certain to follow the "al dente" times. You don't want the pasta to be overcooked. Drain well and keep warm.

Meanwhile, in a heavy skillet, heat olive oil over medium-high heat or medium-hot coals. Add garlic powder, 1/2 of the bottle of clam juice, Butter Buds and wine. Allow to simmer and reduce by one third.

Stir in clams and heat thoroughly. Add crushed red pepper and minced dried parsley. Stir in drained pasta and toss gently to ensure the sauce coats all the strands of pasta.

Serve immediately. Although  cheese is not traditional for spaghetti with clam sauce, you may serve it with a generous sprinkle of Parmesan or Romano cheese for added flavor.