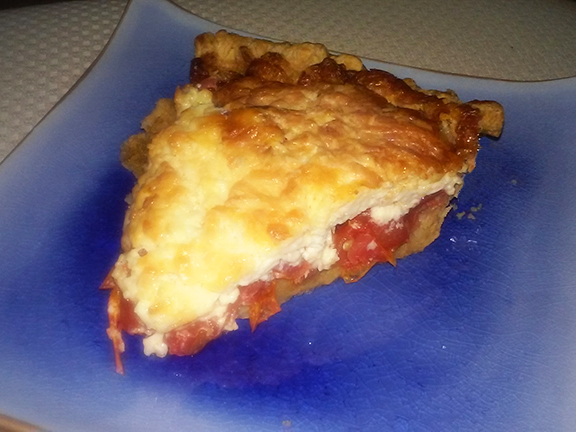 As if the existence of cannibals is not enough, new reports of kidnappings have emerged from Georgia. Eye-witnesses report women being struck by vehicles bearing a white-cross and then kidnapped by the occupants. These reports have surfaced primarily within the city of Atlanta and the surrounding region.

The vehicles all carry a white-cross symbol on the rear window but are NOT affiliated with the American Red Cross. It is particularly disturbing that only women are being targeted by this group. The purpose of the violent kidnappings can only be nefarious so all smaller groups are urged to show caution when traveling on foot and avoid any urban areas.

In many parts of the U.S., July and August are prime tomato growing months. If your group has been properly prepared, you no doubt have a survivor vegetable garden. With simple care, your tomato crop is likely being harvested right now.

The abundance of tomatoes can be used to create unique summer meals meant to highlight their fresh intense flavor. This donated recipe features the classic flavors of tomatoes and cheese. Tomatoes and cheese go together perfectly; like peanut butter and jelly; mashed potatoes and gravy; and Racer and Loopy.

Make this memorable pie for your group and savor the flavors of summer and the sweetness of survival and true love. 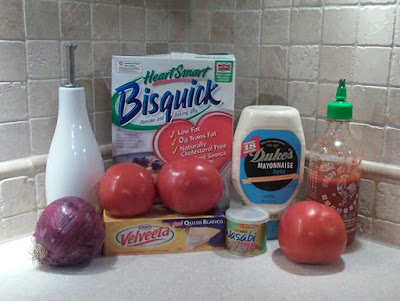 Preheat oven to 350° or heat campfire coals to medium-hot. Grease a 9 inch pie pan or springform pan with shortening or oil.
In a medium bowl, mix Baking Mix, Wasabi and water. Blend well until the mixture forms a ball. If needed, add more water (a few tablespoons at a time). Press mixture into the bottom of the prepared pan to form the crust. If needed, you may want to grease your hands so the crust mixture does not stick to your fingers.
Bake crust for 8 minutes in oven or until center of crust is set and the edges are light golden brown. Alternately, cover pan with foil and "bake" over campfire coals for 12-14 minutes or until center of crust is set and edges are golden brown.

Combine cheese, mayo, and sriracha in a medium sized bowl.

After crust is baked, allow to cool for 10 minutes. Layer onions on bottom of crust. Then basil, then tomatoes. Sprinkle with salt and pepper to taste. then spread cheese mixture over tomatoes carefully.

Bake crust for 45 minutes or until cheese mixture is bubbly and brown; and the edges of the crust are golden brown. Allow to rest for 15 minutes before cutting.