Self Help: Honey Biscuits on a Stick 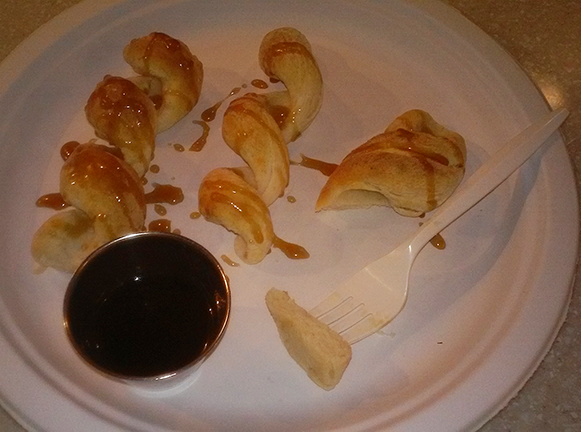 Abraham has commandeered the bus from St. Sarah's Episcopal Church to speed up the mission to take Eugene to Washington DC. Glenn, Maggie and Tara have all elected to accompany Abraham, despite Carol and Daryl's disappearance from the Group.

Their journey on the church bus is short however, when the engine fails after only 15 miles on the road. Making their way to a library, they take shelter for the night. They're pleased to find a fire truck the next morning but it also breaks down due to a blocked air filter.

Maggie tells Eugene she knows why he has a mullet haircut and shares a riddle about Samson from the Bible with him: "Out of the eater, something to eat. Out of the strong, something sweet."

Eugene is baffled but the conversation is halted when they discover their route runs through stockyards that have been overrun by Walkers. Abraham refuses to find a detour an during the ensuing argument, Eugene confesses that not only does he not know anything about a cure for the Plague; he isn't even a scientist. He made it all up so he would be kept safe.

Abraham is enraged and proceeds to beat Eugene until he is unconscious. The little forlorn group sits together; their only reason for holding out hope taken from them once more. That night they would scarcely have any appetite as they would take turns watching over Eugene's lifeless body.

Tara would make the effort to start a small fire. And Glenn and Maggie would grill honey biscuits on a stick for the Group. Sometimes, simple carbohydrates are really best.

Out of the strong comes something sweet.

Your group will appreciate these twisty, donut-like treats. Prepare them when you want to remember sweeter times.

And the dead rise; don't tell outrageous lies to Abraham. 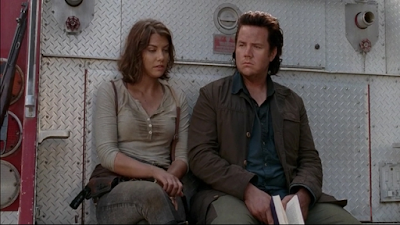 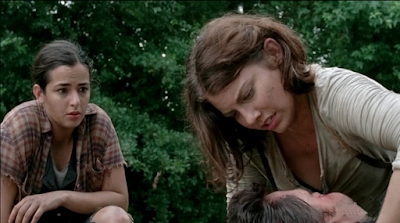 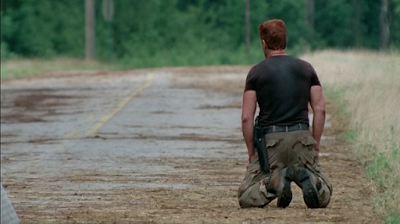 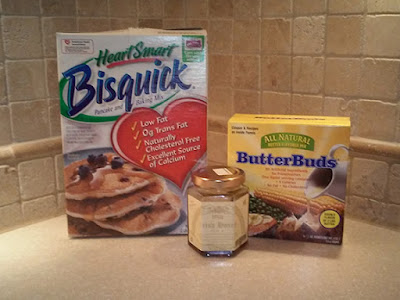 Honey Biscuits on a Stick

Several Sticks, about 1/2 inch in diameter
(coated with oil if you have it)

In a medium sized bowl, combine baking mix with water or milk. Stir ingredients until soft dough forms. Sprinkle more baking mix on a flat (relatively clean) surface and knead ten times or until extra baking mix is absorbed into the dough.

Break off a walnut sized piece of dough and roll into a six inch strip. Wrap strip carefully around stick to form a spiral. Hold over ash covered hot coals for 9 to 12 minutes or until golden brown and flaky.

For Honey Butter Sauce: combine honey and Butter Buds in a fire-proof container and warm gently over hot campfire coals until smooth and melted.