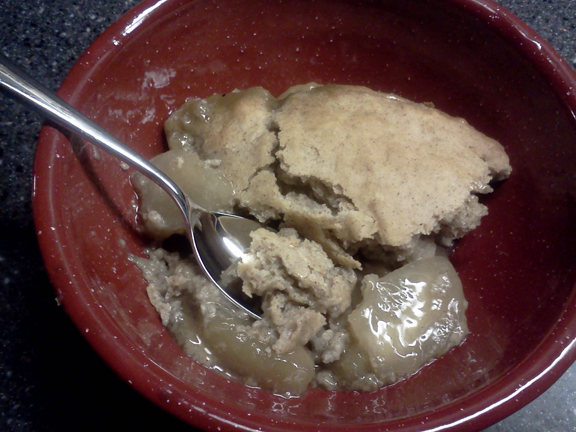 The death of his wife has taken a terrible toll on Rick Grimes. While clearing Walker bodies from the boiler block on his own, he begins to hear the telephone ring.

Upon answering it, he hears a woman's voice, describing a safe zone. She refuses to tell him where, but promises to call back in two hours. He cleans himself up and returns to the Group to check on Carl. Daryl explains that Axel was attempting to repair one of the generators.

As the Group eats together, Glenn assures Rick that he and Maggie will be making a supply run for baby formula and ammunition. Rick returns to the boiler block to await the next phone call, leaving the Group to their breakfast. The looks they exchange when Rick leaves, makes it clear that they are all worried about his fragile mental state.

Before Daryl would have allowed Axel to run off unsupervised and tinker with the remaining generator, he no doubt would have strongly suggested to the ex-con that he prepare breakfast for the Group. Searching through the prison pantry, Axel would have found biscuit baking mix and the giant cans of inexpensive sweetened fruit that any government-run facility would have on hand.

Combining the two, along with spices would result in the comforting Caramel Apple Cobbler. With only six ingredients, this simple recipe can do double duty as a dessert or a breakfast. Your Group will love it no matter when you serve it.

And when the dead rise (and Governments fall and communications go down), and the phone rings.....don't answer it! 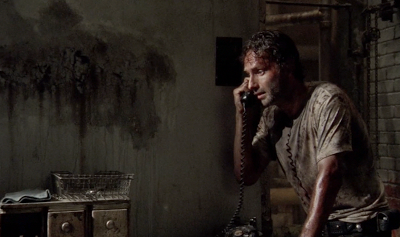 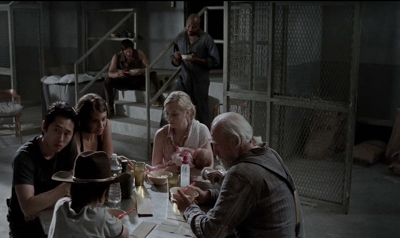 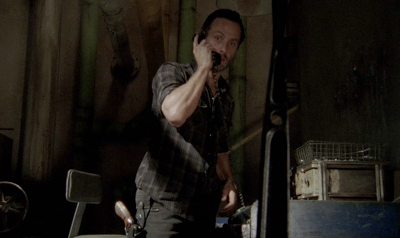 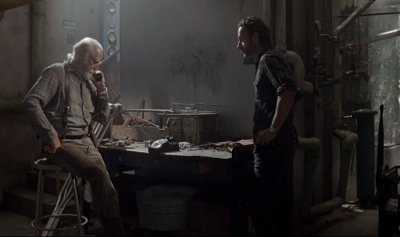 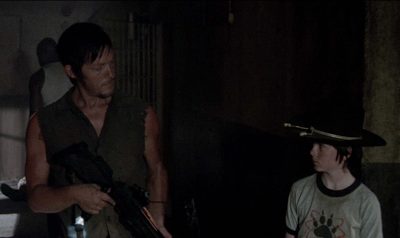 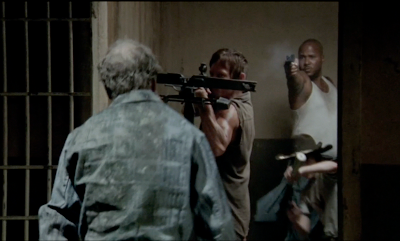 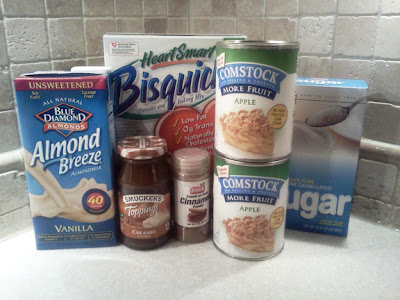 Preheat oven to 375°F or alternately, heat coals till red hot and allow to turn to white ash.

Open both cans of apple pie filling. Pour into a large Dutch oven or a cast iron skillet. Spread around so filling covers the bottom. Open jar of caramel topping and pour over apples, spreading around to cover all of the fruit.

Pour cobbler mixture over the apples and caramel. Bake at 375°F for 20-25 minutes or until a knife or metal skewer inserted in the cobbler comes out clean.

If cooking over a campfire; place Dutch oven over coals and cover with a baking sheet, a tight fitting lid, or several layers of aluminum foil. Using tongs, top the baking sheet, lid or aluminum foil with 10-12 hot coals and allow to "bake" over the fire for approximately 30 to 40 minutes. Rotate if necessary to allow even cooking. Check using a knife or metal skewer inserted in the cobbler topping. When it comes out clean, the cobbler is done.