Deanna and Reg Monroe have been dealt a crushing blow. During a run to gather parts to repair the community solar grid, Aiden Monroe was killed. The loss of their son devastates the couple and they sit together by candlelight as they listen to one of Aiden's mix CDs.

Rick's Group is facing yet another loss as well. Noah was also killed during the run as Glenn looked on helplessly. Tara also sustained a serious head injury during an explosion and now remains in coma.

Carol takes on the task of preparing a tuna casserole for the Monroe family to send condolences from the Group. However, Deanna is not impressed and leaves the casserole on the front porch and burns the card attached to the dish.

Unlike Deanna, your group will definitely be impressed by this simple casserole. Rather than plain milk, this sauce make use of both milk and broth to intensify the flavor. Pantry cheeses combine with solid white tuna to make a rich sauce for the shell pasta.

Make this for your group today and don't worry; it's perfect for both condolences and celebrations.

And when the dead rise; wash Carol's dishes before you bring them back. 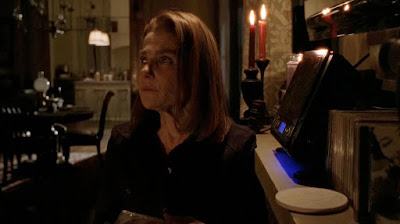 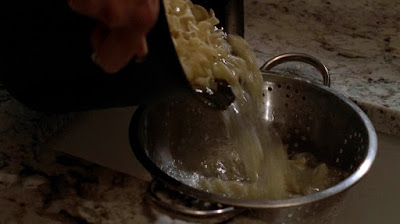 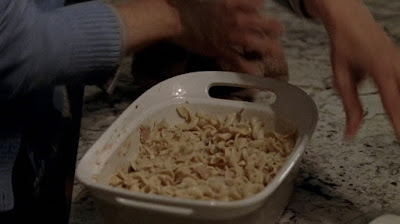 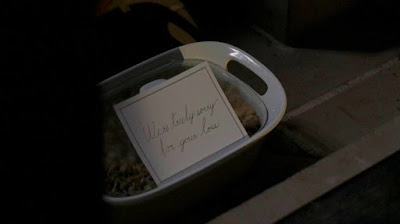 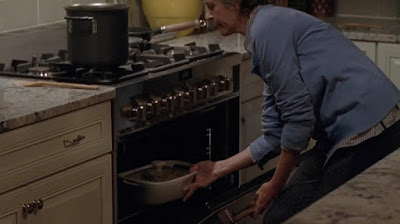 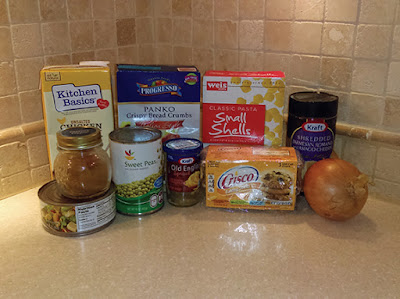 1 lb. Pasta Shells, cooked according to package directions and drained

In a large stockpot, combine oil or shortening and onions (or dried onions). Cook over medium heat until onions are transparent. Stir in flour and mix well, toasting lightly for 1 minute.

Stir in Cayenne pepper and broth and mix well, making sure there are no lumps. Cook and stir until mixture bubbles and comes to a simmer. Simmer lightly and then stir in milk. Return to a boil over medium heat and then stir in cheeses until melted and smooth. Season to taste with Kosher Sea Salt and Black Pepper.

For crumb mixture combine panko bread crumbs, cheese and olive oil until blended. Sprinkle over casserole evenly. Bake for 20-25 minutes or until hot and crumb mixture is lightly browned. Serve immediately.
Posted by Rogue at 10:19 PM