Update from the Field: Szechwan Zucchini 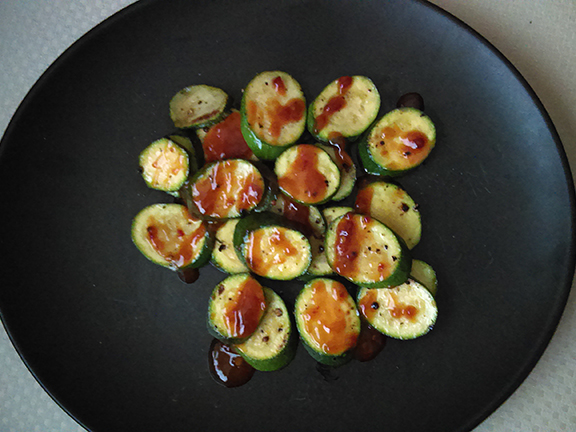 Several independent reports have surfaced about an upscale and self-sufficient community in Alexandria, Virginia. Survivors, claiming to be ex-residents, insist that the community has solar grids,  cisterns, orchards and a steel wall surrounding the entire area.

After careful interviews of all survivors' statements, investigators determined that all were exiled or banished from the community. Although all the survivors strongly denied the investigator's assertions, none could provide a plausible explanation as to why they left a safe, and well-managed town.

According to reliable sources, no Federal refugee camps exist in Virginia, but all the evidence supports the existence of the community in Alexandria. Caution should be exercised when attempting to contact refugee camps not officially sanctioned by the United States Government.

This week we present Szechwan Zucchini. Your Survivor Gardens are likely bursting with Zucchini. You'll swoon over the spicy sweet sauce. Serve this for your group and look to the future. 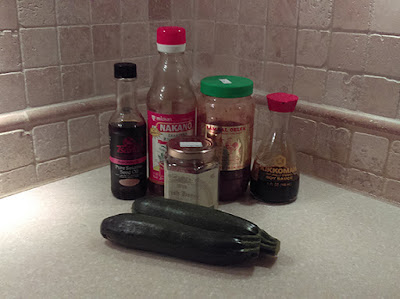 Heat peanut oil in a large skillet over medium heat. Add Zucchini and stir fry for 3 minutes or until crisp tender. Remove from heat and set aside.

In a small bowl, combine all sauce ingredients. Pour over zucchini and serve immediately.

For optional thick sauce, add the cornstarch and water to sauce mixture and heat gently in a small saucepan until mixture comes to a boil and thickens. Stir and drizzle over Zucchini.